The Blue Angels will celebrate their 75th anniversary at the annual Pensacola Beach Airshow Friday and Saturday in their new F / A-18 E / F Super Hornets and the new “Fat Albert” C-130J Super Hercules.

NorthEsambia.com took a close look at the new planes and had the chance to learn what makes the Pensacola show very special and exciting for pilots.

“I almost can’t describe it,” said Blue Angels pilot Cdr. Brian Kesselring said. He is the “boss” as the flight manager and pilot of the number 1 aircraft.

“To be able to come back and be able to connect to both Santa Rosa and Escambia County, the greater Pensacola area is very special to us. It really is our family here in this small community, ”said Kesselring. “Being able to come here and go to the beach… for the local community is going to be something very special for us this year.

During a dress rehearsal on Thursday, the new Fat Albert didn’t fly. The public will have to wait for the shows on Friday and Saturday to see the new C-130 soar over Pensacola beach. But we took a close look at Fat Albert on Thursday at NAS Pensacola.

Give us some information on the arrival of the new C-130 last year.

“A great experience, we had to be creative in acquiring this aircraft. We got it from the UK Royal Air Force. We got it back last year – the Marshall Air Space team, the contracted company, did a fantastic job getting this plane ready and ready for us. It’s a bit like buying a used car. We did a test flight there to make sure all systems are functioning properly as advertised. It worked flawlessly – I was able to get it back through a few fuel stops in Iceland as well as Maine and Fort Worth Texas where we did a final service. checks before bringing him home where he belongs in Pensacola, Florida. This is a very exciting new super Hercules J model. Coupled with the 75e birthday, and the new super hornet. As the pilot flying this plane, it’s pretty exciting and I’m lucky.

What is the role of this plane in the series?

We are the main logistical support asset of the team, so we transport all maintenance. pack to include additional parts, tools, equipment and most importantly the main one. staff who travel with us to make sure the jets are ready for each show. This is a team of 49 people that we can integrate. 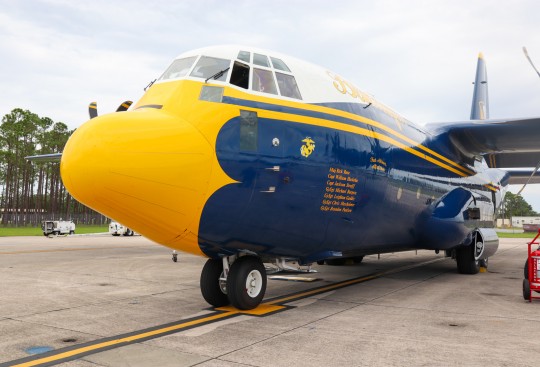 How many shows do you do per year?

We carry out around 30 to 35 exhibition sites per year. Two to three air shows at each show site. Since we switched to the new super hornet, it’s a bit of a short air show program as it helps us prepare for the transition that’s going on there. We have a great support team that we are preparing and ready to go.

Tell us about the hometown show

How much maintenance do these planes require to operate consistently?

It takes a lot of maintenance. These planes are not new, we are not given new jets off the assembly line. There is a lot of love and care that you need to put into these jets to make them work properly. It’s a mission without failure – the show has to go on and we have a mission to do and there’s a lot of pressure out there to make it happen and they do an amazing job.

Is there a part of the show that you are looking for the most?

I’m a little biased – but Fat Albert for sure. It’s great to put this plane back in the mix in front of people and being the representation of the Marine Corps on the team is a very special thing for me. I look forward to the Fat Albert part and to start the show and show what this plane can do.

What’s the most exhilarating move you make?

The rise of high performance is child’s play. It’s a negative G pushover at the top. There are a few seconds where you are in zero gravity. This is the most fun because you are weightless for a few minutes in time. I look forward to it every time. 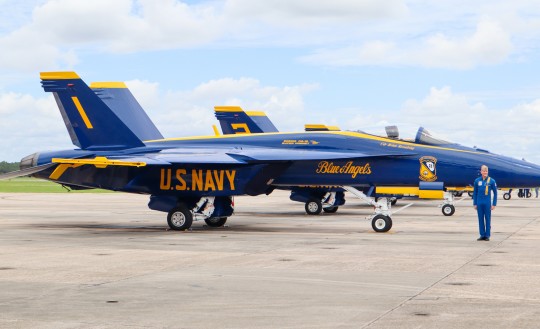 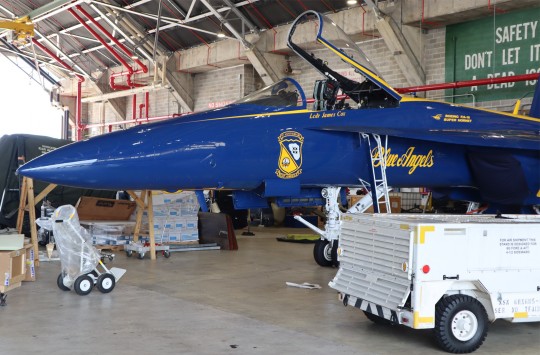